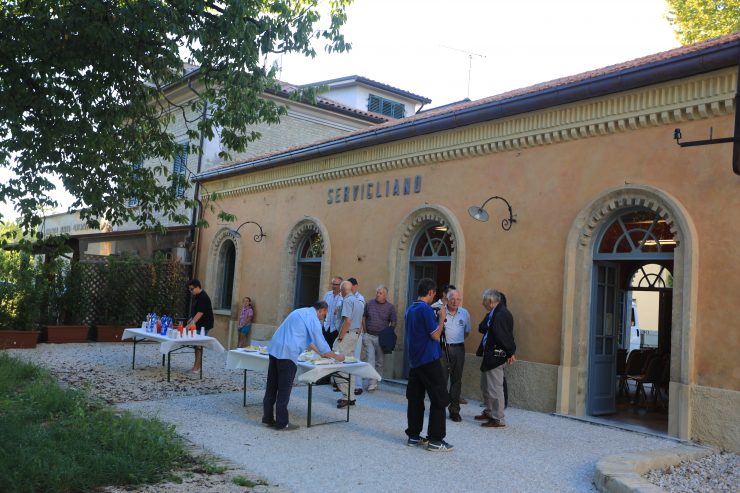 The Italian Senate, parliament’s upper house, voted unanimously on March 4th 2021 for the former prisoner of war camp at Servigliano in the Marche to be made a national monument. The bill now passes to the Chamber of Deputies, the lower house, where it is expected to be approved and passed into law once it is signed by President Matarella.

The initiative is an important step in securing the future of PG 59 Servigliano, with its long, and in many respects, tragic history of holding prisoners. During the First World War the captives were Austrians; in the next conflict the inmates were captured Allied servicemen and Jews. It then became a refugee centre and is now known as Parco della Pace.

The bill was presented by a Marche Senator, Francesco Verducci, and supported by Liliana Segre, a Senator for Life.

Senator Verducci said: “The former prison camp of Servigliano is a symbol… part of a memory map that links countless cities throughout Europe. A map that must be traced and preserved, to hand over the memory of what has been. Memory needs places to live. A society that loses its memory remains blind, without identity and without a future.”

He added that the law was linked to the cultural and political battle to strengthen the study of history in schools.

Supporters of the former camp have worked hard over the years to raise interest in preserving it, starting with the renovation of the former railway station, which is now the home of the Casa della Memoria. Marco Rotoni, the mayor of Servigliano, said that the Casa della Memoria’s committee, supported by the province of Fermo, intended to restore the former camp’s infirmary, for which a project had been presented to the Ministry of Cultural Heritage. It was also planned to develop memory trails. “As a municipality we have already approved the allocation of some funds and we hope that, thanks to the help of both national and local institutions, all these works will be able to see the light in a short time,” said Mr Rotoni.

The former PoW camp, through which passed thousands of prisoners and which is one of the best known in Italy, is the base of an annual Freedom Trail organised by the WW2 Escape Lines Memorial Society and co-hosted by the Monte San Martino Trust. The Trust was founded by Keith Killby, who escaped from Servigliano and found refuge at the nearby village of Monte San Martino.