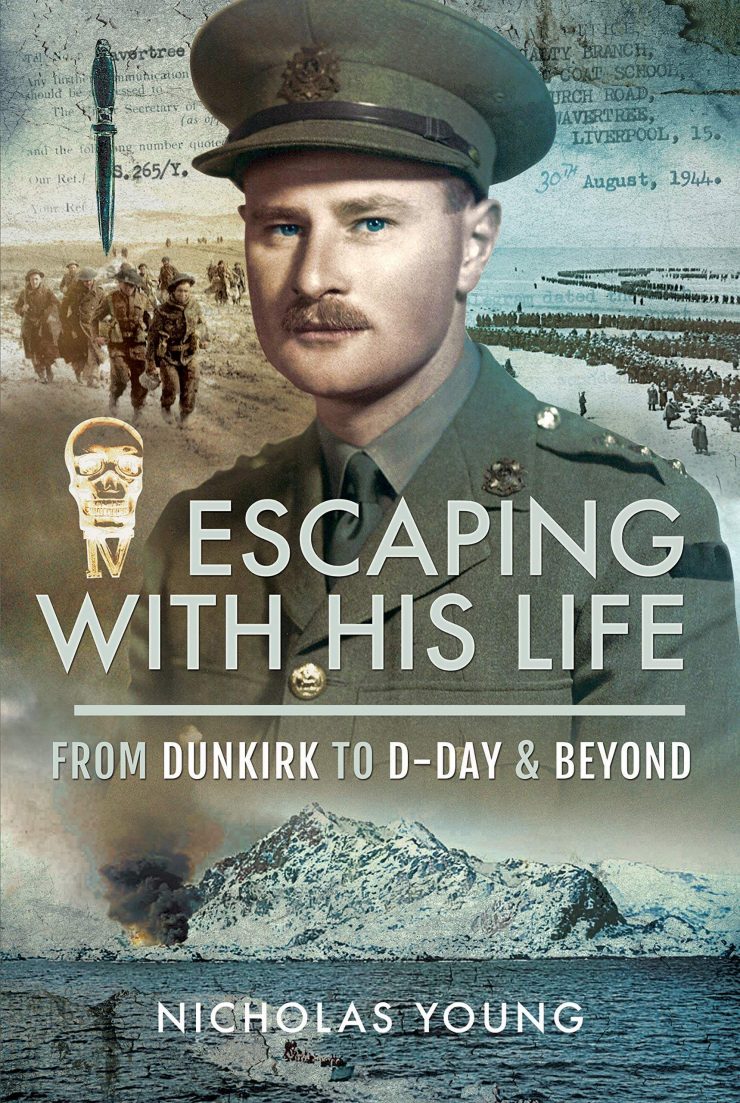 The extensive bibliography of prisoner of war stories has been further strengthened by the publication of two riveting books written by members of the Monte San Martino Trust.

The books are Escaping With His Life, by Nicholas Young, the Trust’s chairman, and The British Partisan, a revised edition of Michael Ross’s account, with a postscript by his son, David Ross. Both books are published by Pen and Sword (2019).

Escaping With His Life describes the experiences of the author’s father, Leslie Young, who had, to put it mildly, a very full Second World War. After surviving the retreat from Dunkirk, Major Young, known to his fellow officers as “Porky”, volunteered for the Commandos and took part in their first major operation, the raid on the Lofoten Islands following Germany’s invasion of Norway. Subsequently, he fought in Tunisia, was captured and taken to Italy where he was imprisoned at PG49 Fontanellato.

Following the Armistice in September 1943 and the escape of Fontanellato’s 600 prisoners, with the cooperation of the camp’s pro-British Italian commandant, Leslie spent six months on the run in the Apennine mountains, helped by Italian country people who were risking their own lives to shelter him. Eventually he reached Allied lines but not before two of his helpers were killed.

Leslie returned to England but his war was not yet over. He signed up for the invasion of Europe and, despite being wounded, fought through to Germany.

Leslie, who died in 1986, rarely spoke about his adventures but, among his papers, tucked in a drawer, was found a tattered notebook, a diary of a sort. After a couple of years Nicholas delved into it and then embarked on years of research into his father’s experiences in so many different theatres of war.

The British Partisan covers some of the same ground in that Michael Ross was also a prisoner at Fontanellato. The book was first published in 1997 under the title From Liguria With Love, which alludes to the happy outcome of Michael’s adventures while on the run: he met and fell in love with Giovanna, the daughter of Beppe Porcheddu, a prominent anti-fascist, and married her after the war.

The updated edition includes a postscript by David Ross which explores the mysterious disappearance of Beppe in 1947, while arranging an exhibition of his artwork in Rome. The event was not mentioned in Michael’s original book, perhaps out of consideration for the feelings of the Porcheddu family.
Michael, who had been captured in north Africa, was in two other PoW camps in Italy before ending up at Fontanellato. He made the first escape attempted from there but was recaptured on the Swiss border and returned to Fontanellato, along with his fellow escaper, Jimmy Day. After the mass escape he fought against German forces in north Italy alongside Italian partisans who nearly executed him initially.

After the war and his marriage to Giovanna, he served in Korea, Hong Kong and Berlin before transferring to the diplomatic service and retiring in 1982. Michael, who died in 2012, was a stalwart member of the Monte San Martino Trust, as his son, David.