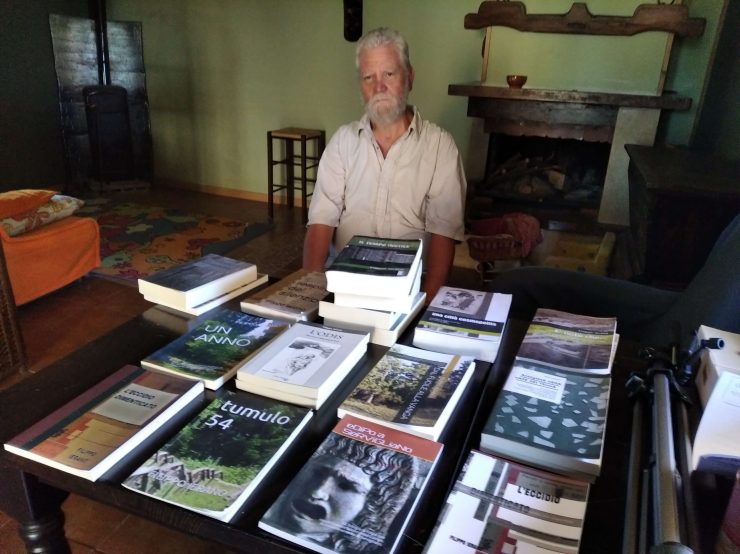 The Monte San Martino Trust has published a translation into English of first-hand accounts by Italian contadini who hid escaped Allied prisoners of war in the central eastern region of Le Marche.

The English title is A People’s Courage, Civil resistance in German-occupied Italy. It is available from Amazon to download on Kindle. The original Italian book, entitled Antigone nella Valle del Tenna, is by historian Filippo Ieranò, who kindly gave permission for this translation.

Publication of the book is in line with MSMT’s determination to focus as much on the brave families who assisted escapers as on the prisoners themselves. In the book, first published in Italy in 2002 and reissued in 2017, Ieranò first describes the historical background to the Armistice in September 1943, which triggered the escape of imprisoned Allied servicemen, and discusses various aspects of the PoWs’ relationship with their saviours.

He then presents graphic testimonies recorded by members of the helper families in the Tenna Valley, all of whom were young children in 1943. The witness statements are chilling descriptions of the danger that the families risked, with Germans and Fascists constantly searching for escapers from the three PoW camps in Le Marche. These were Servigliano, Sforzacosta and Monte Urano.

Ieranò maintains that the civil disobedience of the contadini in refusing to hand over the prisoners was just as valid a form of resistance as that shown by armed partisans. That is why, for the Italian title, he referenced Antigone. In Sophocles’s play, Antigone defies Creon, the Theban ruler, and in doing so breaks an unjust law.

The book has been translated by three trustees, Anne Copley, Christine English and Letitia Blake, and by John Simkins, the Trust’s Administrator. It is the second book under the MSMT imprint, following the publication in 2020 of Bugle Call to Freedom, a translation of L’Orizzonte del Campo, by Marco Minardi, the story of the mass escape from Fontanellato. This is available as a paperback through bookshops and Amazon.