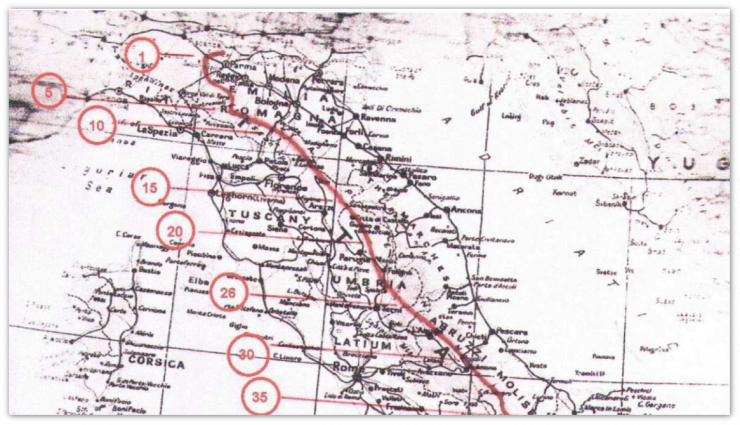 The Monte San Martino Trust is proud and privileged to own a treasure-trove of personal stories from a chapter of the Second World War that is not as well known as many others but is no less dramatic and moving.

After he founded the Trust in 1989, Keith Killby collected an extensive archive of documents, especially stories of Allied soldiers who were captured in North Africa and taken to Italy as prisoners of war. Many soldiers escaped, particularly after the Armistice in September 1943. Those who survived owed their lives to the Italians who helped them, at considerable risk to themselves and their families. Some of the accounts were written during imprisonment, some just after an escape and others years later.

The Trust’s principal activity is awarding study bursaries in the UK to Italian students. But in 2016 it gave the green light to an additional large-scale project: to make its repository of information accessible to everybody, both within and outside the Trust, by means of an online archive.

Although the events commemorated by the Trust took place more than 75 years ago, a historical archive does not remain static. The vast majority of the Allied escapers in Italy have now passed away but amateur and professional researchers continue to unearth fascinating material.

For this reason, work on the online archive will continue, as we upload fresh information as well as the small number of previously unpublished accounts that our team has not yet handled. We will continue to upload more documents and other relevant information in the future. We hope that the archive will also serve as a contact point to spur further research.

Led by our archivist, Nicola Waddington, and expertly assisted by IT specialist George Mitchell, the Trust’s team of 14 collaborators have overcome considerable technical and editorial challenges over a three-year period to design and produce the archive website. It can either be accessed directly or through the MSMT’s home website.

We are extremely grateful to our collaborators who have deciphered, edited and transcribed hundreds of handwritten, typewritten and computerised documents by the escaping PoWs and, in some cases, by their relatives.

All of us involved in the work have been struck by the level of contemporary detail and moved by the courage of the escapers and the brave Italian people who helped them.

We are, therefore, delighted to make available this valuable source of information and to shine a light on the extraordinary events that took place in Italy from 1943-1945.