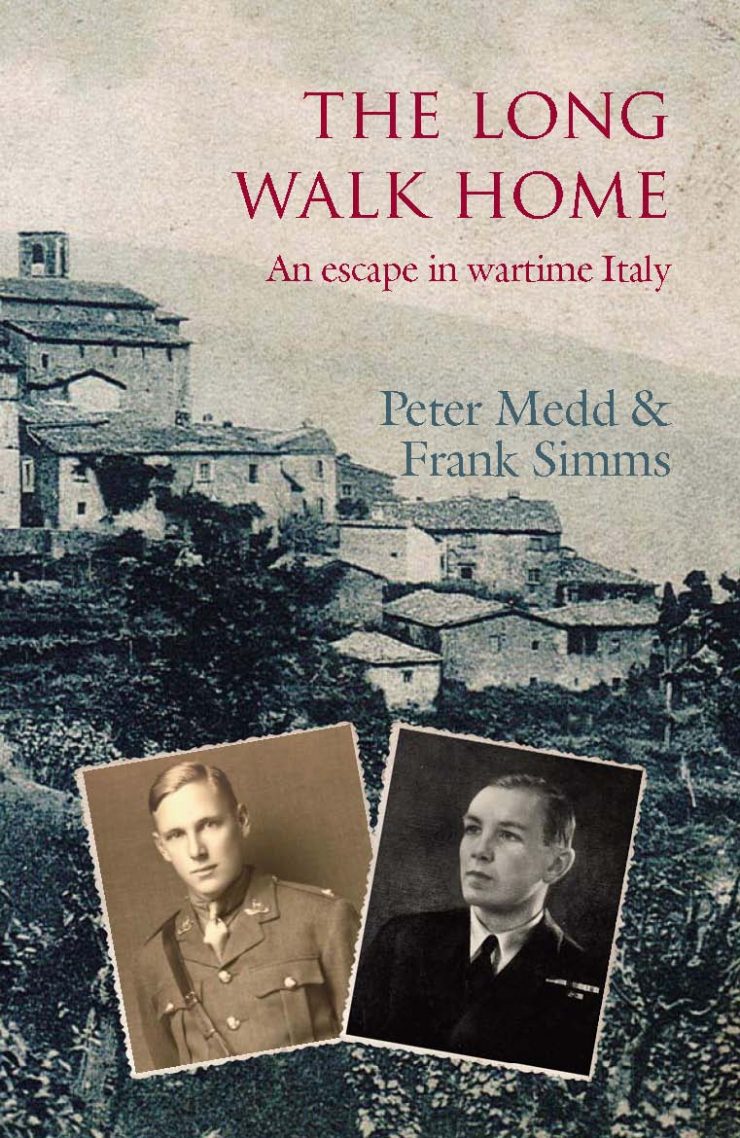 One of the most readable – and poignant – accounts of an escape in wartime Italy has been republished, restoring one of the main actors to his rightful place.

The Long Walk Home, which had been out of print since a 1952 edition, tells the story of the escape of two young officers from German PoW convoys following Italy’s surrender at the Armistice in September 1943 and their successful trek across the Front Lines to rejoin the 8th Army on the Adriatic Front. The sensitive and occasionally trenchant account was begun by one of them, Peter Medd, but was unfinished by the time he died in an air crash in 1944.

Medd’s family commissioned his escape companion, Frank Simms, to complete the book but, in doing so, Simms wrote himself out the story.

A new, expanded account has set the record straight with a profile of Simms, who himself died young. It includes the first telling since 1951 (the first of two editions) of a previous “Great Escape” he led through a tunnel from the Padula PoW camp in southern Italy.

The Padula escape was planned to release some tens of PoWs into the countryside through a tunnel which was so well concealed that it was not discovered even after the first breakout. Thirteen PoWs broke out on the first night but were eventually all recaptured. As a precaution the absence of the 13 on the roll-call was not concealed so the second night breakout did not occur.

Much more a travel book than a war story, The Long Walk Home leads the reader into the ancient and yet Looking-Glass world of the Italian mountains in the 1940s, where mules were the only transport, linen was beaten clean in the village stream and winter meant starvation rations, but emigrants, returned to the enduring poverty of their forefathers, spoke Australian English and had cousins in London.

Andrew Adams, a supporter of the Monte San Martino Trust, was inspired by his own father’s escape through the same terrain to initiate this re-publication. In the process, he was able to bring about a meeting between Simms’s son, Marcus Binney, and Frank Abrami, whose family had hidden the British escapers and who as a boy had made secret night-time trips up a mountain to take them food.

The research for the new edition has brought new perspectives on the book’s events: from the account by the Abrami of hosting Medd and Simms to the story of Simms’s capture in the Western Desert by a German officer. This officer, Werner Kost, wrote his own account of the war in the desert in which he described his capture of Simms.

The book is available for £14.99 from Andrew Adams at adams@kirthall.com or by email to serchiobooks@gmail.com.