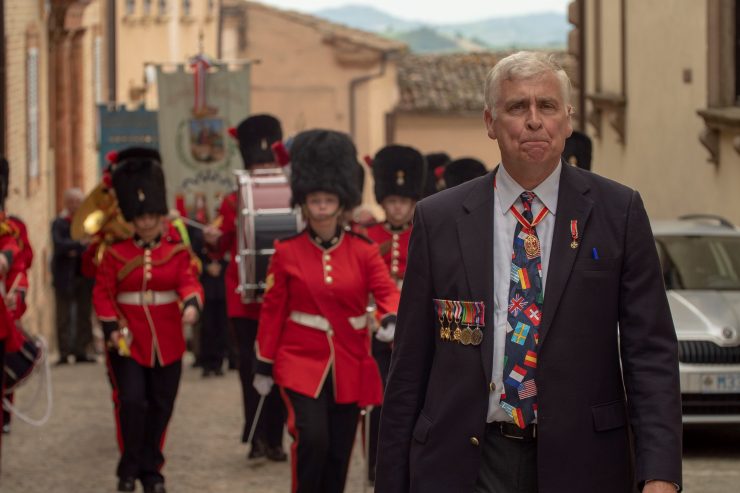 Sir Nick Young, MSMT’s chairman, is to relate the extraordinary wartime adventures of his father, Leslie, in a talk at the National Army Museum, London, on Friday 17th January at 11.30 a.m. Admission is free although booking is advisable. 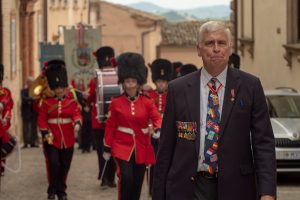 The talk takes the form of an interview, which will be conducted by Letitia Blake, the Trust’s Secretary.

Major Leslie Young was involved in many of the hottest engagements of the Second World War, as a book about him by Nick, published last year as Escaping With His Life, makes clear. Having survived Dunkirk, Leslie volunteered for the Commandos and took part in their first major operation, a raid on the Lofoten Islands in Norway.

He then fought in Tunisia where he was captured and transported to Italy. In September 1943 he escaped from a prisoner of war camp at Fontanellato, near Parma, and was on the run for six months before reaching Allied Lines in dramatic circumstances.

Upon his return to Britain, he signed up for the invasion of North West Europe and, despite being wounded, fought his way through to Germany.

Nick Young is pictured above, wearing his father’s medals and marching at the head of a band in Monte San Martino in le Marche.